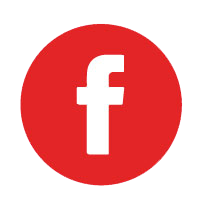 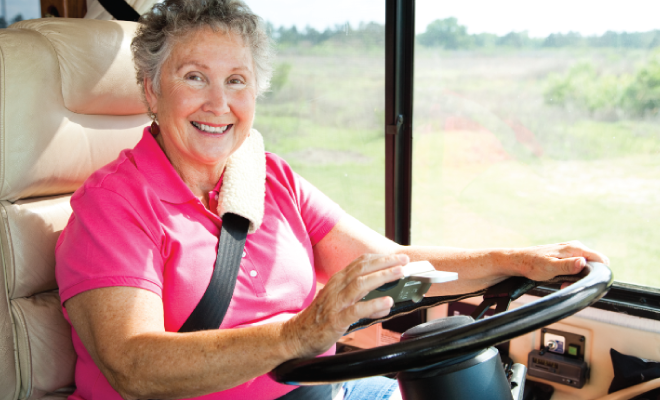 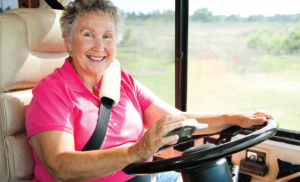 UNDERSTANDING TRUCKS MEANS A SAFER ROAD FOR EVERYONE

For many RVers who will find themselves in heavy truck traffic this season, it can be frightening. If you’d prefer to be comfortable around trucks, rather than nervous, then take this cure: a dose of information with a chaser of common sense.

As RVers, we share a similar set of road manners with trucks. We both have a large vehicle with considerable weight that we have to move as smoothly, efficiently and safely as possible.

Now consider that a large tractor trailer can weigh (loaded) upwards of 100,000 pounds. Rather than taking this as a frightening figure, let’s change this fact to an image. Think of a calm elephant, slowly lumbering about its business. An elephant, which can be frightening because of its size, certainly doesn’t come across that way because of its movements. It walks slowly and steadily with a measured, easy gait.  In fact, in all the National Geographic film footage I’ve seen, most of an elephant’s movements are almost predictable.

A tractor trailer behaves much the same way. That driver is trained to make planned, slow movements. He will try to keep a steady speed and stay in the same lane. He will accelerate steadily and brake gently. That much weight  demands it and his life depends on it. If you make a habit of watching trucks while you are on the highway, you’ll begin to notice before long that you can almost predict a truck’s movements.

Consider these two scenarios that often frighten and anger RVers. You’re on a multi-lane highway approaching a cloverleaf intersection. A truck forward and to your right, signals left and pulls into your lane, causing you to slow as you approach it. Why did he do that? You fume because there was no one ahead of him. That may be true, but the truck driver saw that there was traffic entering the on-ramp at the cloverleaf ahead, and by moving to the centre lane a kilometre before the ramp, he avoided having to suddenly brake or make a lane change once he reached the merging traffic.

Still, you say, it inconvenienced me. Yes, but much less than if the truck had been squeezed by the traffic into your lane at the last minute.

Now, with this knowledge, you can look ahead to that merge lane and anticipate the truck’s movements. And, if you are in the same position, avoiding the outside lanes at interchanges is good road management for the RVer too.

The second scenario is the reverse of the same situation: the traffic is too heavy for the truck to move over safely before the cloverleaf so instead the driver adjusts his speed to allow merging traffic to enter ahead of him. He may drop between five and 10 km/h, so the following traffic also slows.

If you can see this situation coming into play up ahead, you also can reduce speed and avoid having to brake. If the on-ramp traffic is also heavy and they can’t move, most trucks will maintain a steady speed through and past the merge lane.

For the motorist entering traffic there are few more intimidating sights than an eight-foot tall radiator bearing down on him but the merging motorist needs to consider his part in this traffic ballet. Knowing that the truck’s speed remains constant, he can quickly gauge whether he has the time (and distance) to accelerate ahead of the truck or to drop speed and slip in behind.

A truck maintaining a steady speed is the safest thing for it to do. If you are the one merging, you should calculate where you will enter traffic while still negotiating the on-ramp and if you’re the one on the highway, do the same by looking ahead. If you anticipate its movements, you can easily run circles around that old Pachyderm.

What else should you know about trucks?

When you come to a stop behind a truck, keep to the left of your lane so the driver can see you in his side mirror. If you can’t see the driver, he probably can’t see you. Always leave plenty of room between you and the truck.

When a truck is forced to stop on an upgrade, he may roll back. Also remember, he may have a very heavy load and it will take him a while to get going. By leaving space, it will be much easier to change lanes and pass him.

Never tailgate, especially with trucks. Driving behind a truck is like having a sheet of plywood strapped to your hood. Your view is almost totally blocked and your only source of road input is his brake lights. If you can pass safely, do so. If not, back way off so you can see more than his trailer doors.

When you do pass, allow plenty of room when pulling in front of the truck. They can’t stop on a dime and you might be the cause of a jackknife or your own accident.

Once you have decided to pass and see that the way is clear, don’t hesitate. Declare your intention to pass by signaling and follow through quickly and safely. Before re-entering the lane, wait until you see both of the truck’s headlights in your rearview mirror. This will ensure you are an adequate distance from the truck. Lastly, be sure you maintain your speed when you are in front of a truck.

When a truck is backing up, stay away from it. Don’t sit there and wonder why that trailer is swinging toward you. Even though they have very large mirrors, there are all kinds of blind spots during a backing maneuver. Be patient and never cross behind it, or pass anywhere within the arc of a backing truck.

Be aware when trucks turn

Trucks turn differently than cars; the rear wheels of the trailer tend to cut the arc of a turn shorter than the steering wheels. That’s why you’ve seen trailers climb curbs. The only way to avoid this is to exaggerate turns, by either moving to the left before turning right or by driving very far into an intersection and then turning into a wide left turn. Sometimes as the truck moves left, a narrow, temporary lane is created to its right. If a car moves up on the right side of the truck it could get “squeezed” when the truck swings into its right turn. Always pay close attention to truck turn signals.

The centre lane on multi-lane highways is the trucker’s passing lane. On major roadways, transport trucks are not allowed in the high speed (far left) lane. That means they rely on the centre lane to pass slower traffic. If you travel in the centre lane, be aware of trucks attempting to pass each other. Travel at the posted speed limit.

The trucks on the downhill

A truck following you downhill will gain speed; it has no choice because of the weight it’s carrying. The speed the truck gains on the downhill will scrub off as it climbs the next hill.

This is how trucks manage their road speed. This speed up, slow down form of driving makes some people crazy. It’s understandable, but what’s interesting is that RVers (particularly with bigger rigs) have the same problem. Not only do they get push going downhill, they need that extra speed to climb the next one. The alternative is to brake on the way down and then crawl up the next hill with their four-way hazard lights flashing. This is one time that RVers and truckers should agree wholeheartedly; braking and crawling are bad for the rig.

Again, be aware of the trucks around you and know that on the downhill you will have to accelerate or move over, it’s not fair to make that truck brake and then have to limp up the other side in low gear.

Always keep a large space cushion around your car or RV. You do not have to drive beside a truck. Increase or decrease your speed, change lanes and be vigilant. Don’t begrudge the space that trucks need. Accept them, understand them, and be safe.

Get a COVID confinement discount

RECREATIONAL VEHICLE ON THE ROAD
(Aviva Elite’s policies only)

As a policyholder of an Aviva Elite RV insurance policy on the road, you may be entitled to a COVID storage discount if you decide not to use your RV this summer. This means that the motorhome must not be operated at all, whether on public roads or on private land, nor can it be occupied or used as shelter if parked. Also, the towed trailer can’t be towed or occupied, nor can the unit be occupied or used as a shelter if parked.

This is a 25 % discount on your monthly premium for a period of maximum 60 consecutive days or until September 8, 2020 (deadline).*

Please note that due to the high number of requests we receive, all files for this purpose will not be processed until the end of September 2020. Deadline for requesting the discount: September 8, 2020. Certain conditions apply.

These vehicles are not eligible for this discount.

The period to request a COVID confinement discount for your car has ended.

Please email us your questions via

Get a COVID confinement discount

RECREATIONAL VEHICLE ON THE ROAD
(Aviva Elite’s policies only)

As a policyholder of an Aviva Elite RV insurance policy on the road, you may be entitled to a COVID storage discount if you decide not to use your RV this summer. This means that the motorhome must not be operated at all, whether on public roads or on private land, nor can it be occupied or used as shelter if parked. Also, the towed trailer can’t be towed or occupied, nor can the unit be occupied or used as a shelter if parked.

This is a 25 % discount on your monthly premium for a period of maximum 60 consecutive days or until September 8, 2020 (deadline).*

Please note that due to the high number of requests we receive, all files for this purpose will not be processed until the end of September 2020. Deadline for requesting the discount: September 8, 2020. Certain conditions apply.

CONTINUE AS A GUEST

These vehicles are not eligible for this discount.

The period to request a COVID confinement discount for your car has ended.

Please email us your questions via

You may be entitled to a reduction on your auto insurance premium if, during COVID confinement, your mileage has decreased.  Note that the mileage normally indicated in your file will be restored after 90 days from the date you reduced your mileage due to confinement.

CONTINUE AS A GUEST
CONTINUE THROUGH CUSTOMER PORTAL

If you have not changed your password as requested in our InfoWeb, it is possible that your account is currently disabled. To reactivate it, you will have to send an email to vrtarif@leclercassurances.com, with the subject line “I want my account to be reactivated”.

Please allow us some time to proceed.  Thank you for your understanding.